About 5 years ago, we had a two young men stop into our sugar house asking all kinds of questions about aging maple syrup in old bourbon barrels. Their enthusiasm didn't hide the fact they knew very little about making maple syrup and the finer points of bottling it. Wouldn't perfect good maple syrup go to waste sitting in old barrels with no refrigeration? Would people want to put that flavor on their morning pancakes?

In short, we didn't pay much attention to the two young men and sent them on their way after happily answering as many questions as we could. 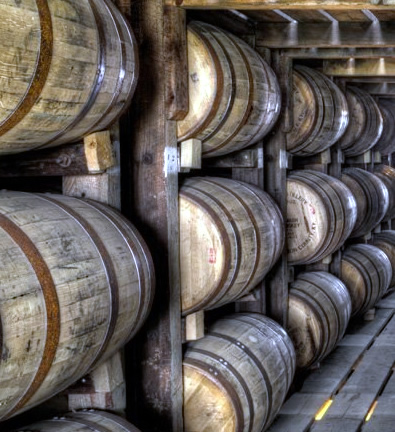 We are testing the waters with our first Bourbon Barrel Aged Maple Syrup, sourced from our friends at Butternut Mountain Farm in northern Vermont. The character of the oak bourbon barrel is imparted on the maple syrup. Fantastic on french toast, ice cream, cheesecake or in your favorite cocktail. The syrup itself is non-alcoholic.

Over the past summer we gave out samples to our biking touring groups that visit the farm, and they often picked it over our traditional maple syrup.

Trade Winds Farm Moves Back To Its Roots September 19, 2020