Welcome to our family farm! 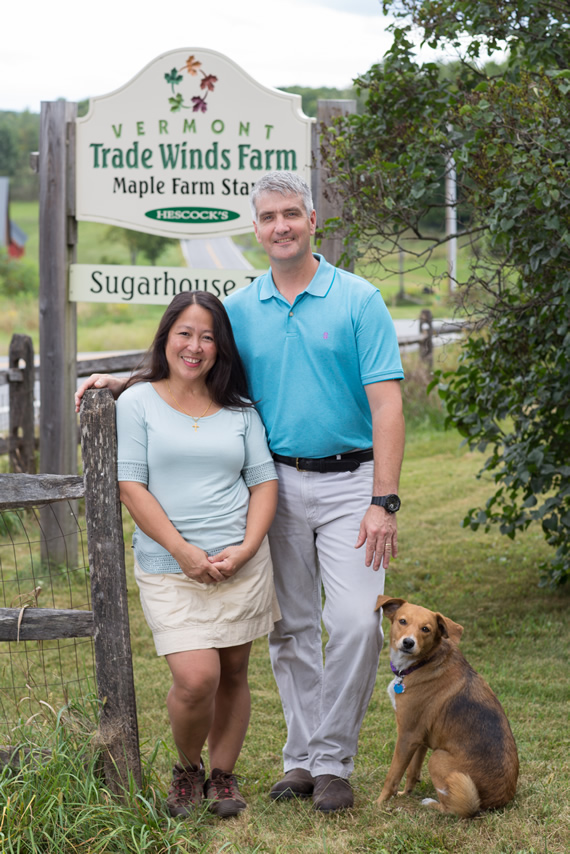 Tim and Loraine Hescock started the mail order portion of the farm in 2003, first by making fresh balsam wreaths and garland at Christmas time, with maple syrup following the next year. Now the farm is their full-time business, employing themselves and about four part-time people during the busy seasons. 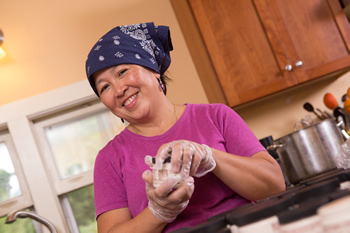 Loraine sees to all the candy making, handles ordering and shipping, and keeps the hired help smiling. 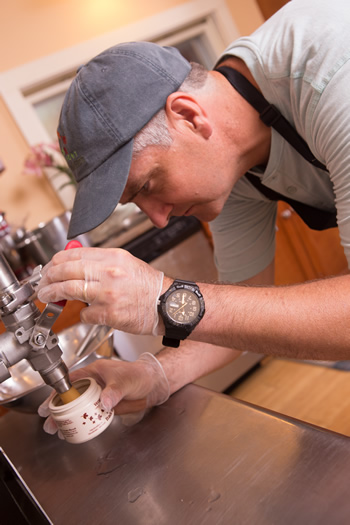 Tim does all the boiling in the sugarhouse, makes our creamy maple cream, manages the sugar maple and balsam fir lands, and tries to plan ahead for the next big thing.

We made the radio!

Listen to the Hescock family on Vermont Public Radio.

Like many rural Vermont youngsters, Tim grew up with maple sugaring and loved doing it. He has been tapping trees and gathering sap his whole life on the current farm in Shoreham, Vermont. Tim's father and mother purchased the current farm in 1966. His father was originally from southern Vermont, where many generations of Hescocks were maple syrup producers. Tim's great, great grandfather Henry Hescock had a farm in Newfane, VT (above photo) where he tapped 600 sugar maple trees. 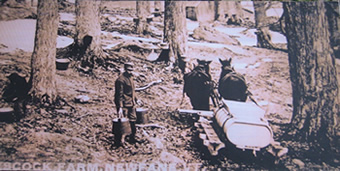 Where did the "Trade Winds" in our name come from? The short answer is that Loraine is from the island of Borneo (Sabah, Malaysia), located on the equator in the South China Sea. While her homeland is actually west of the prevailing winds of the Pacific, it was a name that spoke of two cultures. Tim grew up in the rolling valley farmland of Vermont; hot summer days making hay and long winters "feeding" wood into the wood stove. Loraine, knew no change of seasons, with everyday as hot and humid as the next. Much of her childhood was spent at her grandparent’s farm, where rubber trees were “tapped” instead of maple trees. Little did she know that someday she would find something a lot sweeter in the West!

Tim and Loraine met while going to school overseas. They got engaged at the top of Mount Kinabalu, Sabah, Malaysia (above photo), the highest peak in Southeast Asia at 13, 435 feet.