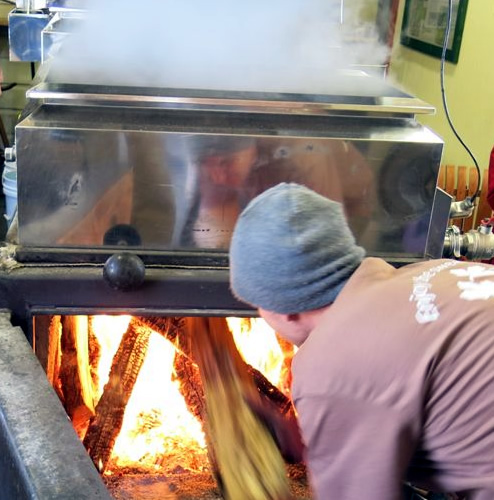 Vermont has a deep tradition of producing the world's best flavored maple syrup. Over the last 2 decades, our farm has established a reputation for crafting a unique flavor of maple syrup that surpasses anything our customers have ever tasted before. This is because our maple syrup is still made in small batches on a wood-fired evaporator.

In an industry that has grow by "leaps and bounds" in recent years, we've maintained our small batch process , typically "drawing off" about 5 gallons of maple syrup at a time. The feeding of hardwood into the immense firebox, also allows the subtle smells of wood smoke and billowing sweet steam to mix. The flavor created is almost undetectable, but we believe the wood-fired process is critical to our success. Vermont maple syrup has been crafted this way for hundreds of years, and we think there is no better way to produce the world's best maple syrup.

As renewable energy has gained a foothold in many industries, people would be surprised to learn that the majority of maple syrup is produced using fossil fuels. It takes a lot of energy to make maple syrup; a process that removes over 90 % of the water in the maple sap. And for the large maple syrup producer the energy of choice is usually oil or natural gas.

At Trade Winds Farm, we harvest hardwood from our own farm, which is then air-dried and used as fuel to heat our wood-fired evaporator. Dead, diseased, or over crowded trees are removed, allowing younger trees in the forest canopy to flourish, thus completing a never ending cycle of renewable energy. 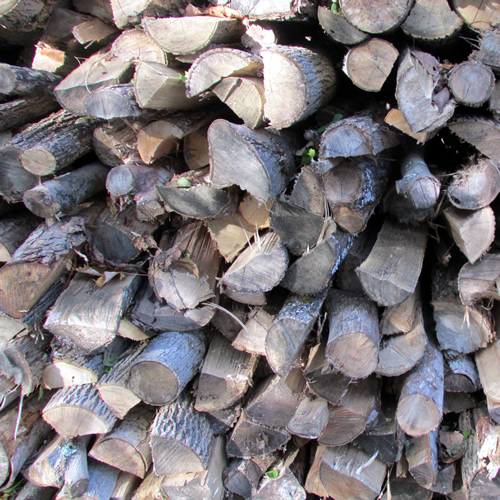