Telling consumers that maple syrup contains "added sugar" would be both confusing and inaccurate.

Over the last several months Vermont's sugarmakers (maple syrup producers) have been alarmed by a proposal that would put the words "contains added sugar" on all maple syrup and honey.

The proposal was conceived in an effort to tell consumers when food or drinks contain significant amounts of added sugar. The FDA recommends that no more than 10% of daily calories come from added sugar. The problem is, maple syrup and honey have been included in this proposal despite the fact they both contain zero added sugar. 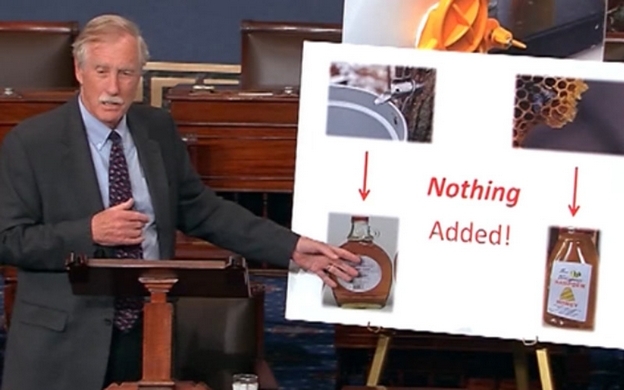 The Push Back... The FDA Reconsiders

According to the FDA it received over 3000 comments on the draft proposal. Vermont sugarmakers, lawmakers, and the state's attorney general have all expressed their concern. In June, the FDA issued a statement acknowledging the complexities of the proposal in regards to maple syrup and honey. The agency will take into account the comments received and will issue a revised proposal in the near future.

Trade Winds Farm Moves Back To Its Roots September 19, 2020